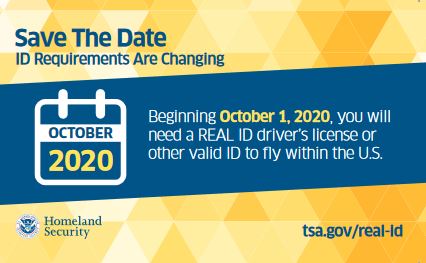 Do you fly on commercial airplanes for work or for pleasure in the U.S.? Do you regularly visit military bases or secure federal facilities? If so, this is the year you will need to have either a REAL ID-compliant license or a valid US passport to take commercial flights within the US or gain access to secure federal facilities. The law goes into effect on October 1, 2020 so there is still plenty of time to assess whether this is something you need or not and, if so, time to get the required documents.

Here’s the scoop. After 9/11, federal legislators and security officials established consistent, minimum security standards that would be enforced in all states and territories. Beginning on October 1 of this year, federal agencies, including DHS and TSA, will only accept compliant documentation at TSA airport security checkpoints and some federal facilities, such as military bases and nuclear power plants. The most common forms of documents are REAL ID-compliant licenses or US passports or passport cards. A handful of states (Michigan, Vermont, Minnesota, New York and Washington) issue enhanced driver’s licenses, which are also acceptable.

You do NOT need a REAL ID if:

You can use a passport if you have one, but you have to remember to bring it with you in instances where it wasn’t required previously.

What is a Real ID and how do you get one?

It’s possible that if you renewed your license in recent years, you have a Real ID-compliant license because states have been phasing them in. Homeland Security says that “REAL ID-compliant cards will have of one of the following markings on the upper top portion of the card. If the card does not have one of these markings, it is not REAL ID-compliant and won’t be accepted as proof of identity in order to board commercial aircraft.”

And here is a sample of a Massachusetts REAL ID-compliant license vs a noncompliant one. The designation in the upper right-hand corner varies by state. 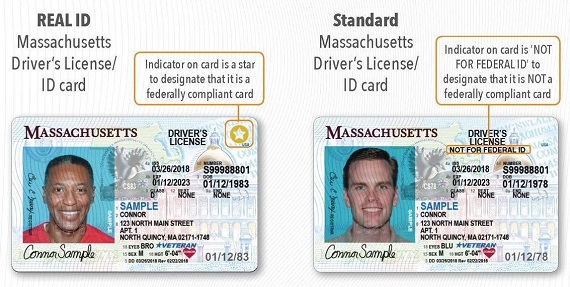 Homeland Security has many resources to learn more, including

You can also check with your state’s registry of motor vehicles to see if your license is REAL ID compliant. Here are links to REAL ID info for state RMVs in the New England region 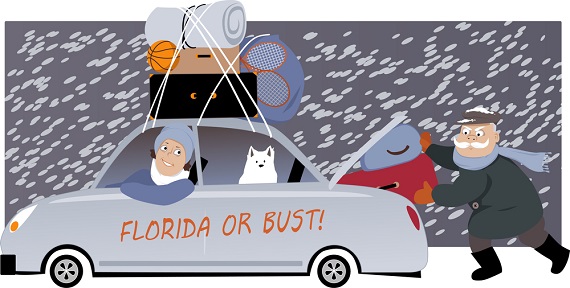 Will you be making a seasonal move south to weather out the harsh winter months in a more favorable climate? Whether you’ll be gone for a few days or a few months, if you are traveling over the winter, there are some home maintenance tasks you should tend to so that you don’t come home to unpleasant surprises.

No one knows better than an insurance company what the common winter home hazards and problems can be – after all, they deal with the claims damage every year. This excellent infographic is courtesy of Travelers, one of our Renaissance Alliance insurance partners. It offers a good checklist to help you secure your home for an extended winter absence. While some of the tasks are suitable to prep for a long-term absence, others are handy for shorter travel periods, too, such as a week over the holidays or a midwinter vacation.